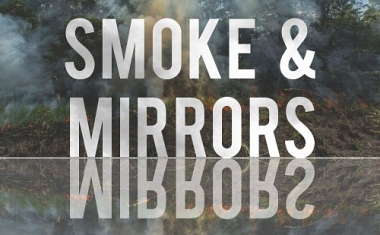 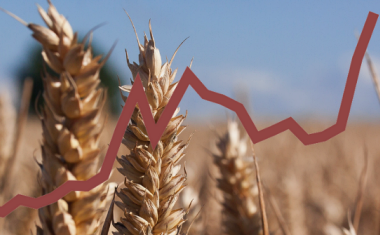 Another Perfect Storm? How the failure to reform food systems has allowed the war in Ukraine to spark a third global food price crisis in 15 years, and what can be done to prevent the next one.

Our Special Report takes stock of the critical factors fanning the third food price crisis in 15 years – sparked by Russia's invasion of Ukraine, but fuelled by fundamental flaws in global food systems. 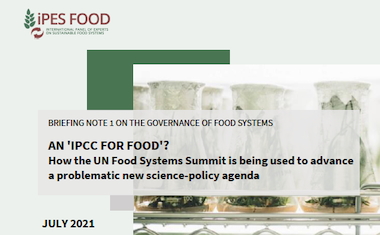 An 'IPCC for food'? How the UN Food Systems Summit is being used to advance a problematic new science-policy agenda

IPES-Food warns that the UN Food Systems Summit (UNFSS) is being used to advance a new mode of decision-making that could exclude many voices in food systems. A small but influential group of actors has long been demanding the creation of a new panel – an ‘IPCC for Food’ – to streamline decisions on the future of food systems. On the eve of the UNFSS Science Days, where the idea will be showcased, IPES-Food underlined the importance of science-based decision-making. However, the briefing note warned that the new panel – as planned – risks imposing a narrow view of science, and shutting down democratic debate. 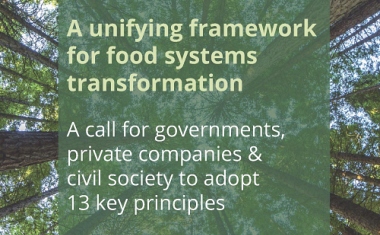 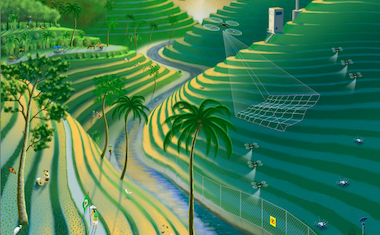 What if farming communities, food workers, environmentalists & consumer groups could join forces to hold multinational food companies to account? Our report with ETC Group argues we need a 25-year #LongFoodMovement. 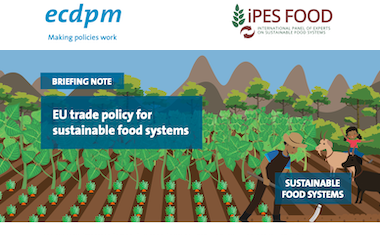 IPES-Food and the European Centre for Development  Policy Management (ECDPM) provide specific recommendations on how the EU can support the global transition to more sustainable food systems. As the world’s largest food importer, the EU can use its trade policies and agreements to stimulate and incentivise more sustainable practices by its trade partners. 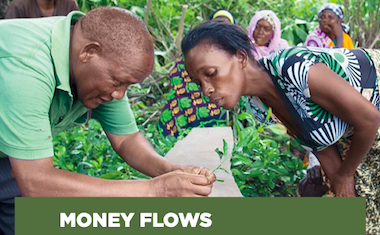 Money Flows: what is holding back investment in agroecological research for Africa?

In collaboration with Biovision and IDS, IPES-Food analyses the financial flows in food system research that go to sub-Saharan Africa. Our new data shows that only a fraction of agricultural research funding in Africa is being used to move food and farming systems towards greater sustainability. 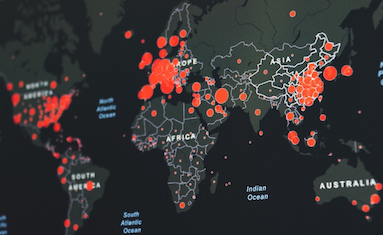 COVID-19 and the Crisis in Food Systems

What are the impacts of COVID-19 on food systems? Why are we in the midst of this perfect storm? What can be done immediately to avert more damage to society and the economy? And what are the structural changes we now need to protect people and planet? 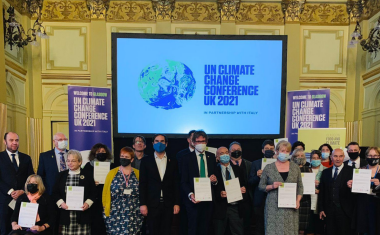 The Glasgow Food and Climate Declaration brings together local and regional authorities from across the world to speak with a unified voice in committing to putting into practice integrated food policies to tackle the climate emergency. 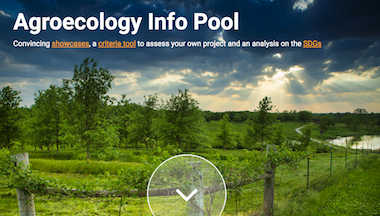 Part of joint project between Biovision and IPES-Food, the Agroecology Info Pool contains convincing cases, a criteria tool to assess projects or policies, and an assessment of the impacts of various agroecological interventions on all Sustainable Development Goals. This website serves as a platform to provide evidence, knowledge, and experiences on the impacts and multiple benefits of agroecology. 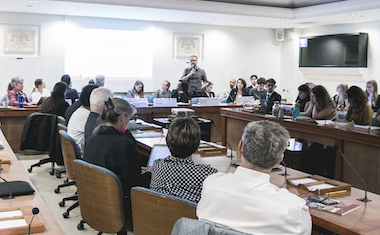 Contribution to the CFS Voluntary Guidelines on Food Systems and Nutrition

IPES-Food’s contribution to the first draft of the CFS Voluntary Guidelines on Food Systems and Nutrition (VGFSyN). The contribution supports the CFS process, while underlining current gaps and shortcomings that must be addressed. 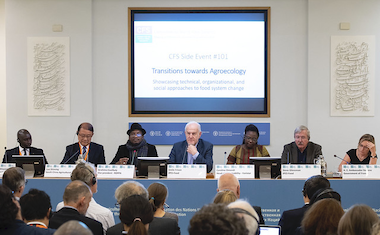