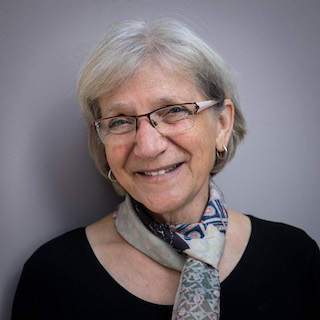 has combined social activism and political engagement with academic pursuits and food production throughout her life. She and her partner farm in Saskatchewan, Canada growing organic grains and pulse crops as well as raising cattle. She is a Professor Emerita at St. Andrew’s College, University Saskatchewan, having taught ethics and social justice courses there from 1999-2015.

Nettie served in elected leadership positions of the National Farmers Union (NFU) for ten years, four of them as President – the first woman to lead a national farm organization in Canada. Under Nettie’s leadership, the NFU helped build the global peasant, small-scale farmers, rural workers and indigenous peoples movement, La Via Campesina (LVC). Initially the only woman on the International Coordinating Committee of LVC, she encouraged and inspired women to take their rightful places as key actors and leaders in defending food sovereignty, ecological health and the diverse cultures of rural communities. She is currently a civil society participant at the Committee on World Food Security in Rome.

Nettie has spoken in hundreds of venues and contributed numerous articles and interviews to the popular press, farm papers, local and national media. Her list of publications includes co-editing two volumes on food sovereignty (2010) and co-authoring several articles on land grabbing in Saskatchewan. Most recently she contributed chapters to textbooks: “Crisis in the Food System: the Farm Crisis” in Critical Perspectives in Canadian Food Studies, (2nd ed. 2017) and “Reaching Beyond Hunger: the Right to Food and Food Sovereignty” in Canadian Social Policy for Social Workers, (forthcoming).