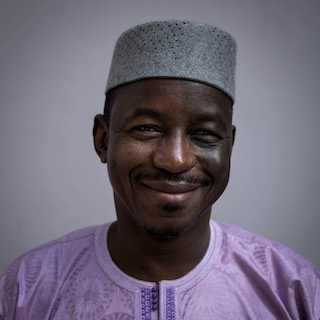 is a development Socio-Economist and specialist in education and training systems. He is the Executive Director of the Institute for Research and Promotion of Alternatives in Development (IRPAD). He works closely with farmers’ organizations in Africa and other continents. He has been Executive Secretary of ROPPA (West Africa Farmers and Producers Organization). Prior to his position at IRPAD, he worked in West Africa with UNICEF, UNDP, OXFAM-Belgium and ACORD. He is a founding member of COPAGEN (the Coalition to Protect African Genetic Heritage) and AFSA (Alliance for Food Sovereignty in Africa). He has also worked as technical/academic support for the Committee on World Food Security’s (CFS) Civil Society Mechanism Working Group on ‘Smallholders access to markets’ (2016) and was Director of CODESRIA’s Institute of governance (2014). In 2013, Mamadou served as a project team member of the CFS’s High Level Panel of Experts on Food Security and Nutrition. He currently sits on a numerous international boards (USC Canada, Afrique Verte International, More & Better network, Global Green Grants) and is a member of multiple African networks (Pan-African Network in the Defence of Migrants’ Rights (PANiDMR), African Development Bank’s CSOs coalition, AIMES, POSCAO).