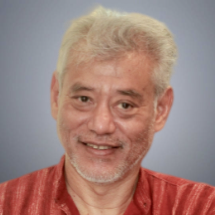 is Senior Adviser at the Khazanah Research Institute. He is also Fellow of the Academy of Science, Malaysia, Emeritus Professor of the University of Malaya, Visiting Fellow at the Initiative for Policy Dialogue, Columbia University, and Visiting Professor at the International Islamic University in Malaysia. He was UN Assistant Secretary General for Economic Development in the Department of Economic and Social Affairs (DESA) (2005-2012), Research Coordinator for the G24 Intergovernmental Group on International Monetary Affairs and Development (2006-2012), Assistant Director General for Economic and Social Development, Food and Agriculture Organization (FAO) of the United Nations (2012-2015) and Third Holder of the Tun Hussein Onn Chair in International Studies at the Institute of Strategic and International Studies, Malaysia (2016-2017). He received the 2007 Wassily Leontief Prize for Advancing the Frontiers of Economic Thought. Jomo has authored and edited over a hundred books and translated 12 volumes besides writing many academic papers and media articles.